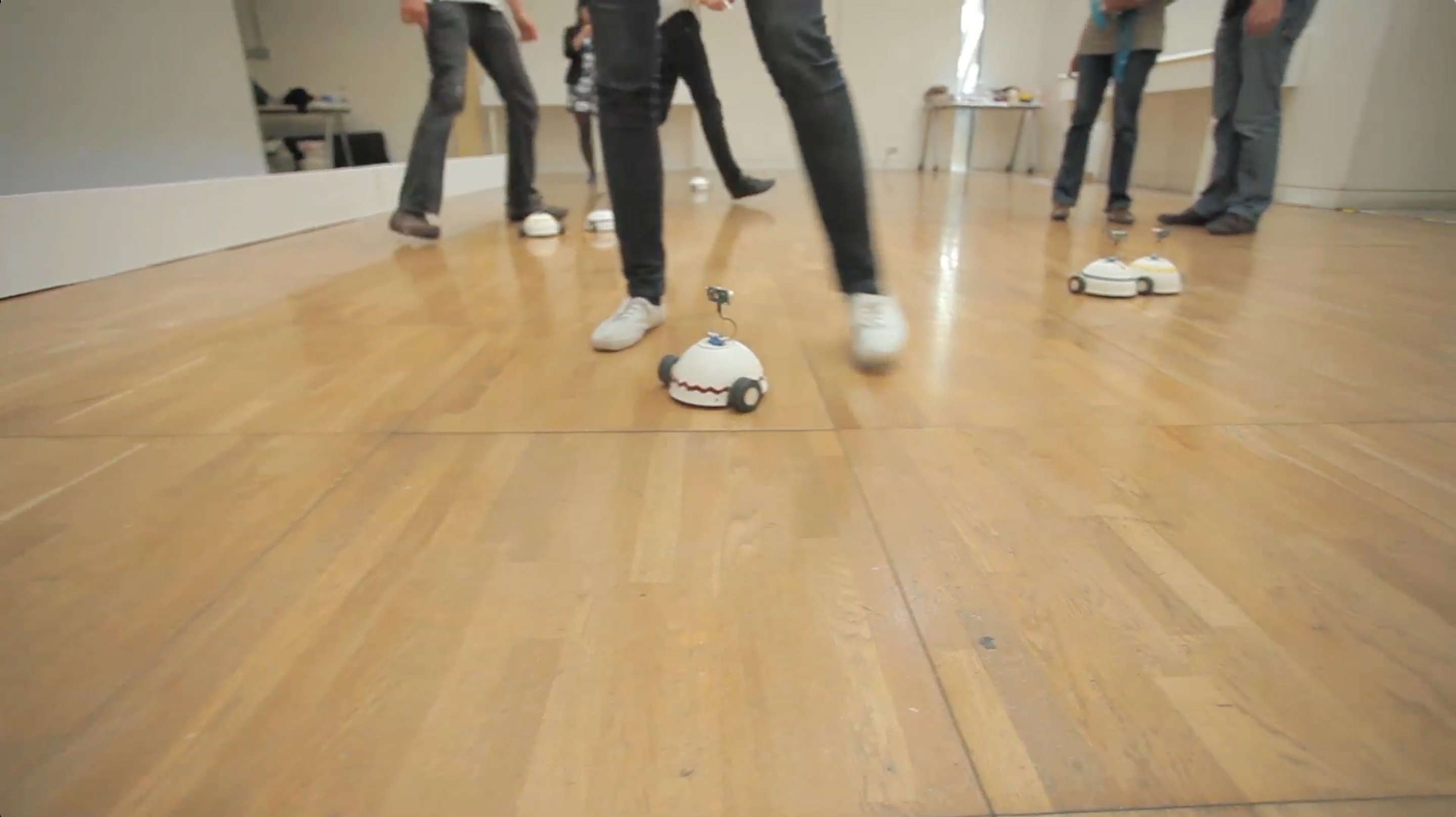 This interdisciplinary Practice-as-Research PhD will investigate the emergence of the non-human performer, in the form of robotic agents, within theatre and the performing arts and the capacity for affective exchange between audience and performer. Non-human performers such as puppets have been deployed in performance for centuries. Equally theatre from its inception has fluidly incorporated technology, such as the deus ex machina of ancient Greek drama. Automata have a similarly long history, albeit one less wedded to a theatrical context. More recently robots have been cast as characters in theatre such as Pipeline Theatre’s, Spillikin (2015). Although these non-human players are able to to ‘perform’ autonomy, these performances of self-hood are illusory. Further, in the case of robots, it is either pre-programmed or tele-operated. However, recent developments in robotic technology have allowed for responsive feedback to inform unfolding situations; a process that might be understood as improvisatory. This can lead to emergence and the potential for interruption afforded by the unexpected. Uncertainty and variability can play an important role in the behavioural relation with the viewer. The animated metal parts of a robot or animated shapes on a computer screen can be perceived as being alive if they move and react in a non-repetitive and unpredictable manner, giving the impression of self-decision and autonomy. Which leads to the question of whether robotic creatures need to be figurative representations (anthropomorphic, zoomorphic or bio-inspired) to be convincing.

Using recent theoretical developments around object oriented ontologies, and the shift towards a context of the post-human, this research will investigate how the interface between the non-human performer and the audience might open up dialogues about affect and exchange. Working with professional performance makers experienced in negotiating the human/non-human interface, and with support from Plymouth University’s Centre for Robotics and Neural Systems (CRNS) the project will interrogate through a performance involving non-humanoid robots with non-determinist programming whether it is possible for robotic performers to improvise and to consider their role in the generation of empathetic states in performance practice.